Mechanical & Electrical
Safe Systems of Work
Mechanical & Electrical
Technical
Legionella
(Water Hygiene)
HTM Healthcare
Estates & Facilities
F-Gas Handling
(Fluorinated Gases)
Confined Space &
Working at Height
A five-day-old child was among residents affected by an outbreak of legionella in a London apartment complex last year. The operator of the residence, which features as many as 1200 flats in its 12 buildings, now faces legal action from the child’s family, as they seek answers. Following the outbreak in February 2019, three people were reported to have contracted Legionnaires’ Disease in the space of three months. Enquiries by Public Health England found that there were significant concentrations of legionella bacteria in the bath and shower outlets, after residents informed the building operators of the situation. The parents of the child, who have since moved away from the residence, allege that the landlords breached their duty of care in allowing such dangerous bacteria to build up in their water systems. Legionella bacteria inhabit hot and cold water systems, including their pipes, outlets and tanks, and can survive for many months in the right conditions. They are particularly resilient in systems where pools of water have stagnated and the system has not been regularly flushed. When inhaled, the bacteria cause symptoms ranging from respiratory problems to headaches, which can easily be mistaken for flu. In vulnerable people, such as very young children, the disease can be fatal if left untreated. Fortunately in this case, the child in question was treated promptly at Great Ormond Street Hospital and responded well to treatment, though is still receiving aftercare. The situation was touch and go for the three months the child was confined to the hospital, which highlights the seriousness of this infection in vulnerable individuals. Elderly people and smokers are also susceptible to the lung infection. The estate operators have since carried out two full inspections of the water systems throughout the residence. It is their responsibility as duty holders to ensure that members of the public, be they residents, staff or visitors, are as safe as possible when on the site. Water system monitoring and flushing are essential to prevent the build-up of bacteria like legionella, and duty holders who fail to carry out such work in the manner they should can face severe punishments. 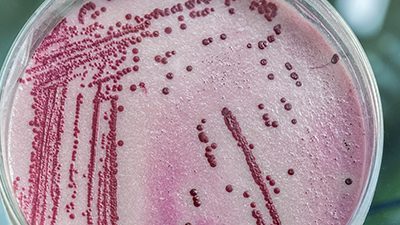