We are open. View more information

Sorry we have no places available at the moment.

* Prices shown are exclusive of VAT

** This course is also available On-site at your premises. Follow this link for details

PLEASE NOTE: Your booking will not be completed until a member of our Client Services Team contacts you for confirmation.

We deliver bespoke on-site training events where you have the flexibility of training location. You also save on the ancillary costs of travel and accommodation for the duration of the training course.

Please fill in your details below so a member of our Account Management team will be able to run through which courses can be delivered on site.

We have no scheduled dates for this training course at present. We may have the capability to run this course for you subject to a minimum number of delegates being achieved.

Please fill in your details below so a member of our Account Management team will be able to run through your requirements.

Our Remote Training courses have been developed to bring the classroom to you, from the comfort of your home or workplace.

Please fill in your details below, a member of our Client Services team will contact you to take payment, and enrol you on to the online course. You will be provided with all the details you require at the time of booking confirmation.

What is the delegates name?

Accommodation prices start at a subsidised rate of £98 per night subject to location. The price includes bed, breakfast, and an evening meal. Delegates can also enjoy complimentary WIFI.

Select each date for which accommodation is required for this delegate.

One of our team will be in touch to progress the booking.

Thank you for your training course request. A member of our Client Services team will contact you shortly with confirmation of your booking and to confirm payment details.

If you have any questions relating to your booking request please contact us by calling 0333 121 1215.

Thank you for your training course request. Unfortunately, there was an error processing the order. 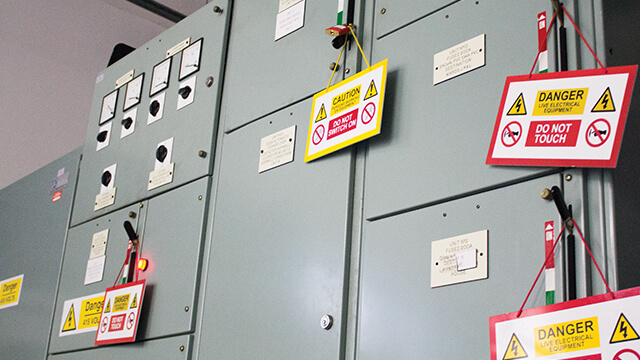 £1,325 + VAT
5 Days
,    and .
Course Overview
This City & Guilds accredited course will enable you to gain the additional knowledge required to carry out Authorised Person duties and responsibilities in order to achieve compliance with the requirements of the Electricity at Work Regulations 1989 and the specific requirements of Health Technical Memorandum 06-03 Electrical Safety Guidance for High Voltage Systems.

Please note we have the ability to offer this course on-site at client premises and on a bespoke basis.
Download Course Overview
Who is This Course For?
This course is aimed at experienced engineering staff with responsibility for the control, operation or maintenance of installed high voltage systems and who may be appointed as Authorised Person (Electrical High Voltage). It is recommended that delegates have previously either attended the High Voltage Operation and Safety course, a recognised industry equivalent, or are currently appointed as APs. This course is also the 2nd week of the 2 week course for beginners, following the High Voltage Operation and Safety course. 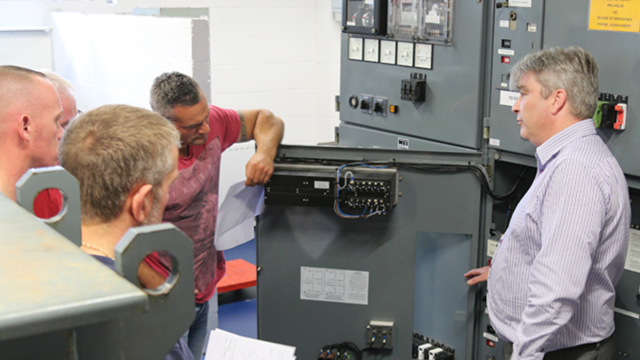 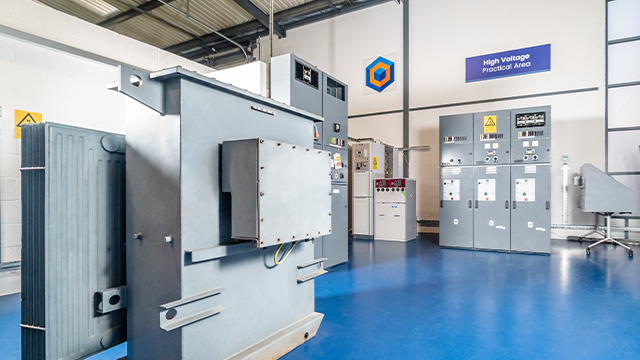 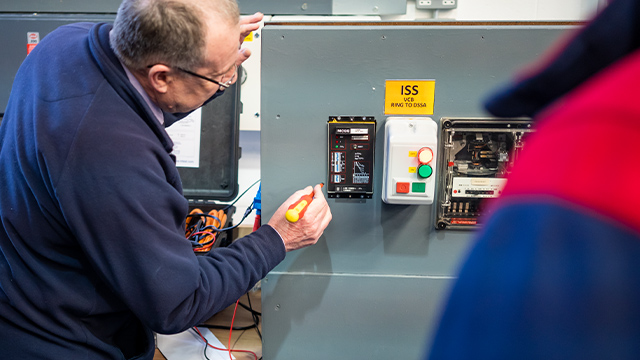 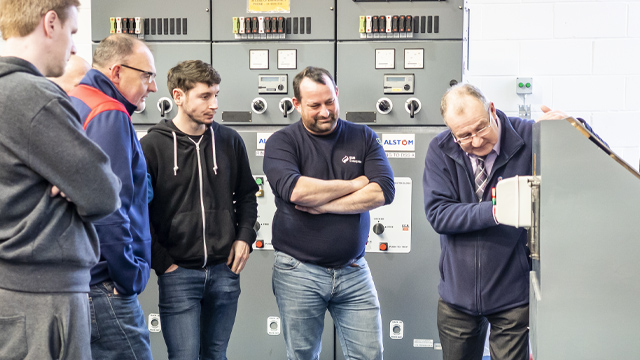 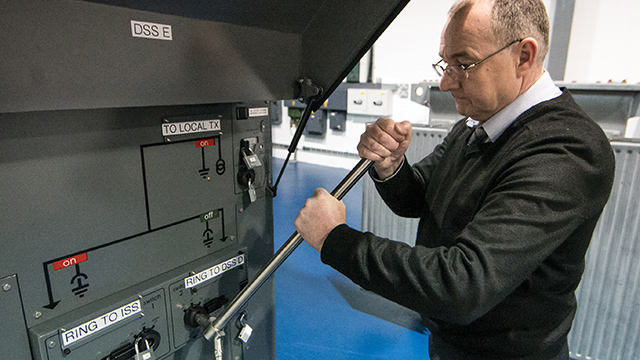 You may also be interested in the following related training courses:

View All Mechanical and Electrical Healthcare Courses
Next Steps
On successful completion, we recommend the following training courses to continue your learning path:
High Voltage Technical
Take a Look Around 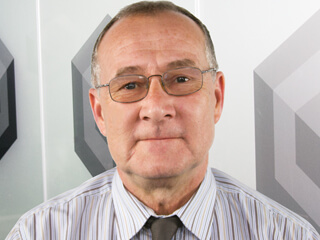 Graham is a HV/LV Electrical Systems Training Manager and has over 35 years experience in the electrical industry and a further 9 years teaching Safe Systems of Work courses. Graham specialises in Electrical High and Low Voltage training courses and has extensive experience which including working in the following areas: Maintenance engineer, Maintenance Management, Project Management as well as Electrical duty holder positions. Graham has worked within a wide range of different electrical roles in various different industries including the automotive, food and print sectors, where his responsibilities included electrical installations and repairs as well as managing large engineering projects. He has also carried out Electrical Authorised Person roles in both high and low voltage disciplines. 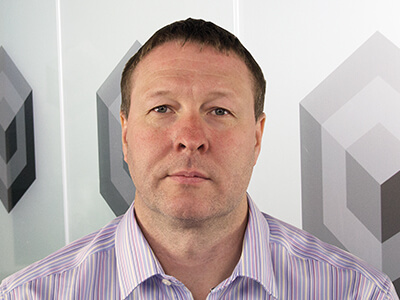 Kevin is a senior electrical training consultant with over 30 years experience in the electrical industry. He specialises in electrical high and low voltage training courses including electrical installation testing and authorised person training for the commercial, healthcare and defence sectors. Kevin has worked as an electrical/mechanical engineer for various organisations and was an engineering project manager for 6 years specialising in research and development projects for Royal Mail. Kevin has also carried out electrical authorised person roles in both high voltage and low voltage disciplines. 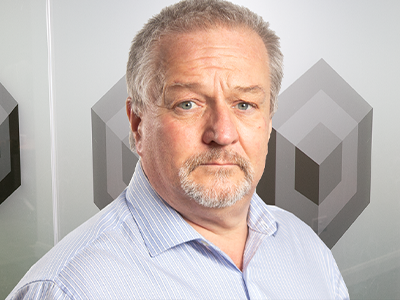 Stephen joins PPL on the back of a tremendous career which spans over 40 years' within the Electrical industry and the MOD sector. Now a highly skilled and qualified professional, Stephen began his career as an apprentice Maintenance and Installation Electrician for RAF Wittering. Over a 15 year period, Stephen enjoyed getting to grips with various roles including; Maintenance Electrician and Engineering Plant Operator. Following this, Stephen fulfilled duties for the Foreign & Commonwealth Office on short term tours to Dakar (Senegal), Banjul (The Gambia) & Monrovia (Liberia) as a Technical Works Supervisor carrying out installation & refurbishment works to the Embassies, High Commissions & Staff Residence. Stephen then took up roles in Cyprus for around 4 years working for the Ministry of Defence, RAF Akrotiri as a Mechanical and Electrical Foreman and later as an Industrial Technician for the Ministry of Defence RAF Troodos & RAF Olympus. Positions which involved supervising mechanical and electrical tradesmen and covering various aspects associated with the maintenance of an operational flying station. The latter position involved looking after all aspects of building maintenance, heating & air-conditioning, catering facilities and Legionella control. Stephen has worked in many roles overseas, including Dublin (Ireland), Accra (Ghana), Islamabad (Pakistan) in similar M&E Technical Supervisor roles. More recently Stephen has held further positions within the Aerospace and Defence sector as a Site Manager coordinating Authorised Person High and Low Voltage, AGL, HV/LV Hazardous Areas and Boilers and Pressure Systems and as an Electrical Services Specialist (SAP HV/LV). He also has very recent experience as a High Voltage training lecturer. 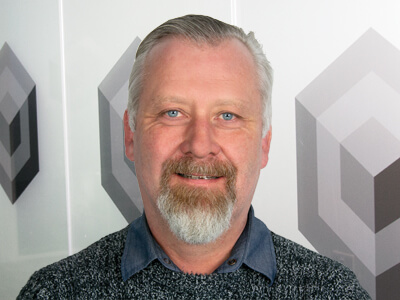 Ian is a Senior Electrical Training Consultant with over 20 years experience served at RAF Fylingdales. During this time he was an Authorised Person with duties in Mechanical and Electrical disciplines. Ian has also held positions within the commercial and industrial sectors as an Engineer, Project Manager and Lead Engineer. 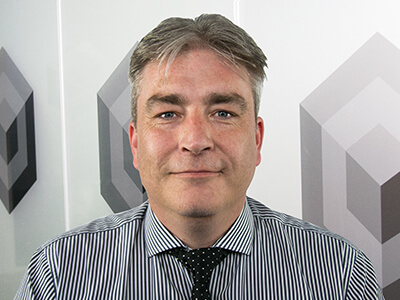 Steve is a Senior Electrical Training Consultant with over 26 years experience in the electrical industry and over 14 years electrical teaching and training experience. Steve joined PPL Training in early 2014 and specialises in Electrical High and Low Voltage training courses, including electrical installations and Authorised Person for the Commercial, Healthcare and Defence sectors. Steve has worked within a wide range of different electrical roles since completing an Apprenticeship in Electrical Engineering in1990 with North Eastern Electricty Board (NEEB), more commonly known today as Northern Powergrid. His career at NEDL included working as a Craftsman on High Voltage overhead powerlines for 6 years, as well as taking up a role as a Rapid Response Faults Engineer for 4 years. 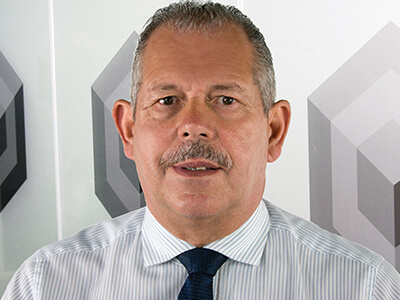 Don is a qualified Electrical, and Company Authorising Engineer with over 36 years' experience of the MoD and the private service sector. As a Chartered member of IOSH, Don has held several senior roles, which include UK Director of Compliance for a leading UK facilities management company. Don has extensive experience of HSE management systems, and mechanical and electrical safe systems management. He was previously the Technical Services Director responsible for all building services disciplines for a major facilities management organisation. Whilst employed as a MoD Training Manager Don managed the development of the Defence Estates BTEC safe system management qualification. Don has not only delivered training but also provided H&S consultancy extensively within the UK and overseas, including India, Gibraltar, Cyprus and Belize. 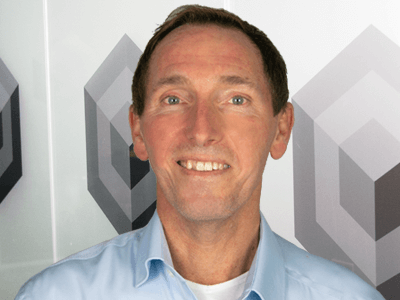 Steve is a Senior Electrical training consultant and has over 40 years' experience in various industries across the UK. He also has over twelve years in the electrical industry, latterly in data centre and energy from waste power station environments. Steve completed a five year broad based mechanical and electrical apprenticeship with an electrical instrument manufacturer and a followed this up with three years within the race car industry. He also has a further 22 years in the FMCG industry as a factory wide, multi-skilled engineer which led to roles as an SAP HV and AP HV in an EfW power station and most recently the data centre world. 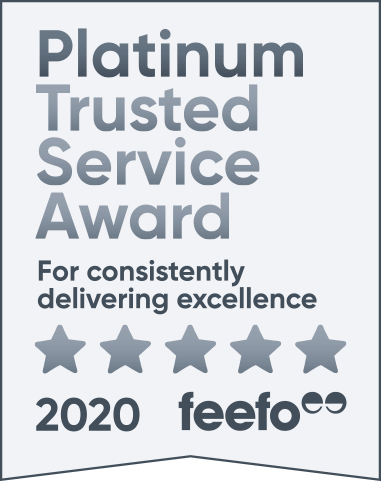